It isn’t often that my fashion inspiration comes from that of a notorious Columbian drug lord’s wife, fictionally named Tata on the Netflix series of Narcos. Based on Pablo Escobar, who began the supply of cocaine to America in the 70s as most will know. The series hones in Pablo Escobar’s personal family life, his mother, his wife Tata and his two children and their escapades whilst being on the run from the government in Columbia,

At times I found myself (wrongly so) taking subconscious sides with Tata as her role of mother hen, in surviving life on the edge and on the run for numerous years whilst Pablo was one of Colombia’s most wanted. She was ‘ride or die’ for sure and turned a blind eye to his very awful behaviour in the outside world, protecting him through thick and thin.

Alongside the treachery, shoot outs and mass gory killings the stunning backdrop of Columbia was innate and inspired me to make something out of this over sized top and skirt from Masscob, in the streets of cushy old Kensington. The Spanish brand Masscob has become a favourite of mine this summer with their billowing feminine silhouettes and elements of ethnicity via their colour palettes and embroidery this season. Thanks to a heatwave this September weather has allowed me to enjoy such a two piece, I just wish I could waft around in these all year round. More and similar outfit options below.

On a separate note if you haven’t yet seen Narcos on Netflix – watch it. Once the rain starts and autumn settle in, let the series marathon begin. x 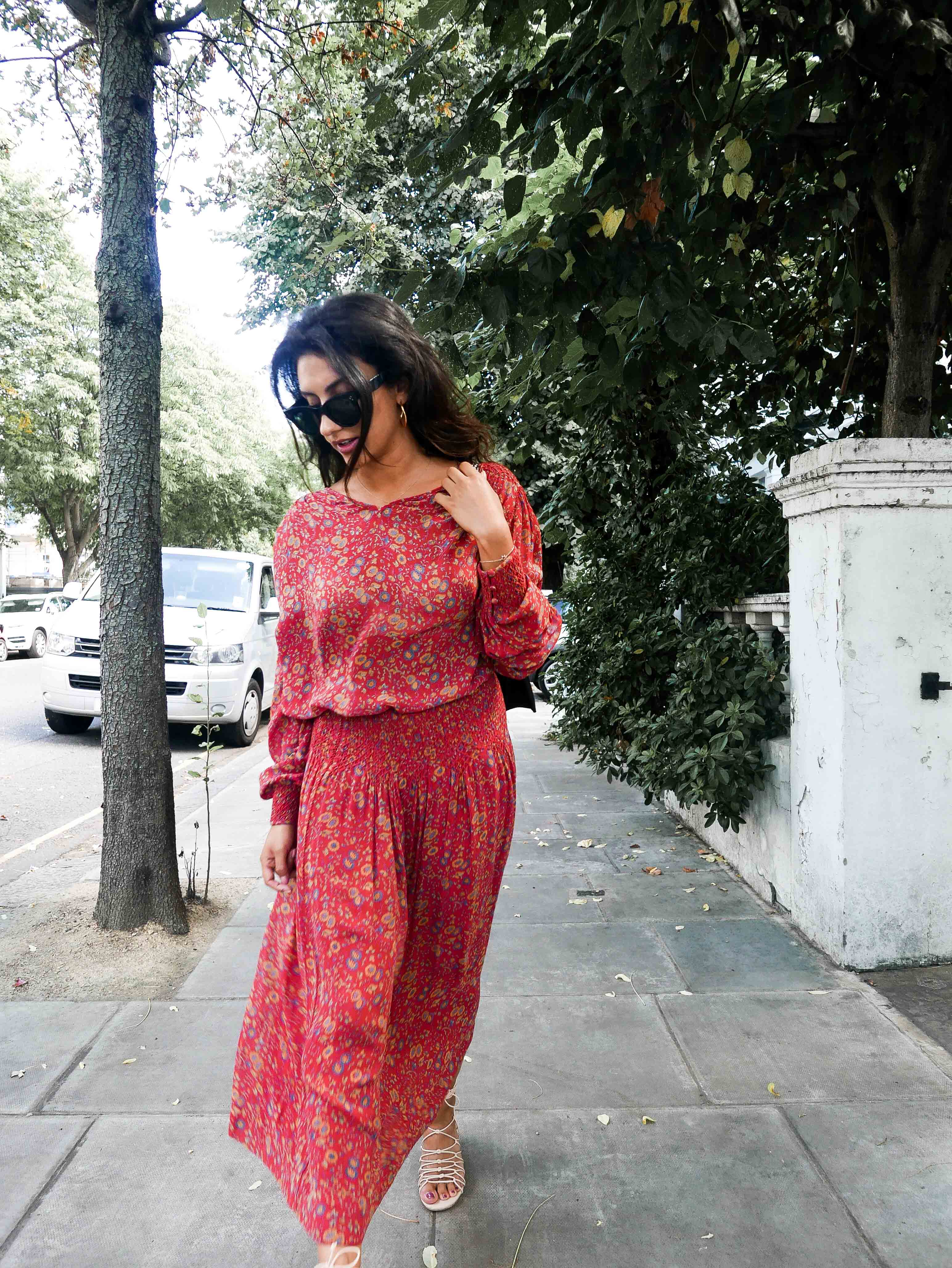